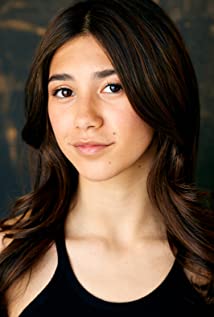 Scarlett Estevez was born in Los Angeles, California, and from a young age she displayed a knack for the performing arts.Scarlett booked her first national commercial at age 3 and has appeared in more than 25 national commercials. Her first film role was in a short film for the "Make-A-Film Foundation" called The Magic Bracelet. The cast included James Van Der Beek, Hailee Steinfeld, Jackson Rathbone, J.K Simmons, and Bailee Madison. She went on to shoot her first feature film And Then There Was You, staring Garcelle Beauvais. Scarlett co-starred in the pilot Redeeming Dave, which was written by Dominic Russo (Workaholics). She co-starred on the Nickelodeon Web series Junior Eye. She was a supporting lead in the films Daddy's Home (2015) and Daddy's Home 2 (2017), playing the daughter of Mark Wahlberg and Linda Cardellini's character and stepdaughter of Will Ferrell's character. She can also be seen as a series regular on Fox's Lucifer (2016). The show is in its third season.

And Then There Was You