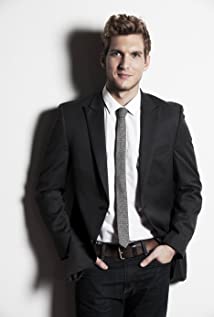 Born in Illinois and raised in the Dallas-Fort Worth area of Texas, Foster knew from an early age that he wanted to be an actor. He grew up just outside of Chicago until he was 12 years old, where his family lived on a farm and he was home schooled. When Foster's older sisters started to dabble in theatre he immediately became interested in the entertainment industry. Soon after moving to Dallas with his family he chose theatre as an elective in middle school, pursued the arts in high school, and went on to study at the Quad C Theatre Program at Collin County Community College. In 2004 Foster decided to make the big move to Los Angeles. Once in LA, Foster joined an acting class, met his manager, and started booking commercials. In 2005 he landed several independent films, and in 2007 he booked what would become his regular acting gig for the next five years: a series regular role starring as "Cappie" on the hit series "Greek" for ABC Family. While putting in time on "Greek" Foster wrote, produced, and starred in his own script that he sold to Comedy Central entitled "Neighbros." The show sold in the fall of 2010 for fall's 2011 pilot season. Although the experience of putting together a show was something Foster loved, he decided to put all side projects on hold and focus on booking new acting roles. By the time "Greek" had ended its run in 2011 Foster had made his mark at ABC through his work on the show, and his relationship with the network would continue to grow over the next several years. Foster went on to score a handful of guest star roles including appearances on: TNT's "The Closer," NBC's "Friends with Benefits," "Law and Order: LA," and "Parenthood," and ABC Family's "Melissa & Joey." He also held a recurring role on "Quarterlife" for NBC and starred in the 2009 fan favorite independent feature TEENAGE DIRTBAG. In 2012 Foster had the opportunity to play characters that were far from the happy go lucky teen he portrayed on "Greek." First, he was seen in 10 episodes of the hit Showtime series Californication (2007) starring opposite David Duchovny as "Tyler," and went on to play "Jonas Beckett" in five episodes of ABC's Emmy Nominated series "The River." Soon after filming "The River," ABC enlisted Foster once again, casting him in "Zero Hour" [2013] opposite Anthony Edwards, Jacinda Barrett, Addison Timlin, and Carmen Ejogo. When not acting Foster is an active supporter of The Sue Weaver Cause, an organization that promotes consumer awareness of unsafe service employment - their quest is to require proper annual criminal background checks on all workers sent to people's homes. Foster is also a musician, making music for over nine years and released an EP in 2009 with his band Siren's Eye. He recently became a certified scuba diver, and currently lives in the Los Angeles area with his two dogs, Oliver and Charlie.

In the Key of Love