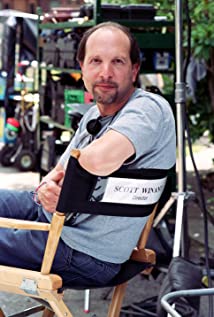 Two-time Emmy Award winning director and producer, Scott Winant began his career on the critically-acclaimed television series thirtysomething. He went on to create, executive produce and direct other memorable series including: My So-Called Life, Earth 2, Cupid, Dead Like Me, Carnivàle, Huff, Californication, Men of a Certain Age, Save Me, and most recently, Good Girls Revolt for Amazon, and Sacred Lies for Facebook Watch. As a director with well over 100 hours of television under his belt, he's been a major contributor to shows like: Breaking Bad, True Blood, The West Wing, The Shield, Fargo, The Affair, Gypsy and Better Call Saul. - - Scott's feature film credits include directing the Paramount movie, 'Til There Was You starring Jeanne Triplehorn and Sarah Jessica Parker, and producing the cult horror film, The Initiation. - - Other awards include: nine Emmy nominations, a Golden Globe, The Peabody Award, two DGA Nominations, the New York Film Festival award for best Director and a People's Choice Award.