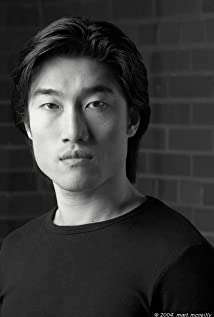 Started his acting career in theatre in Toronto, Ontario, Canada, after graduating from York University's Theatre program with an Honours degree.While continuing to develop as an actor and building a body of work in Theatre, Film, TV, Commercials, and Voice, he was selected from a national search as a member of a prestigious professional development/training program for classical theatre - the Birmingham Conservatory at the Stratford Festival of Canada in 2005. Subsequently spent three seasons at the Stratford Festival, appearing in numerous productions (Shakespeare and other classical works).Has lent his voice to radio dramas for CBC (Canadian Broadcasting Corporation) and few video games.Represented Canada with Toronto-based Roseneath Theatre's show, "Head à Tête," in the 2002 International Children's Theatre Festival in Singapore.Plays guitar and sings; appeared as a Guest Singer/Song-writer on Rogers' TV Talk Show, DayTime.Has practiced Kuk Sool Won Hapkido, a Korean martial-art system, since he was 16 years old.

Taken from Me: The Tiffany Rubin Story