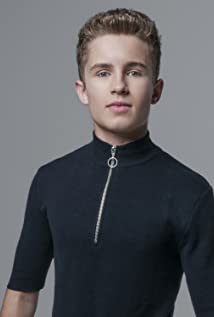 Sean Giambrone portrays youngest son "Adam Goldberg" on ABC's comedy series, The Goldbergs (2013), the younger version of the show's creator, Adam F. Goldberg. He can also be seen in the co-lead role as "Ron Stoppable" in Disney's new live-action Kim Possible (2019) movie. Giambrone is an accomplished voice-over with appearances in The Emoji Movie (2017), as well as Disney's Ralph Breaks the Internet (2018) and upcoming The Secret Life of Pets 2 (2019). Giambrone is also a series regular on Cartoon Network's Clarence (2013) and Hulu's Solar Opposites (2020), and makes regular appearances on Disney's Big Hero 6: The Series (2017).Giambrone began his acting career at the age of 9 and starred in various television commercials, including those for "McDonald's" and "Friendly's" Restaurants. He gained particular attention in the nationwide campaign for "Sea World", even making an appearance in a spoof on "The Tonight Show", and also appeared as "Afro Boy" in the film, I Heart Shakey (2012).Born on May 30, 1999 in St. Joseph, Michigan, and raised in the Chicago area suburb of Park Ridge, Illinois. Giambrone is a big fan of the Michigan Wolverines. He loves working on his artwork and playing either soccer or basketball. He loves films and enjoys watching his favorite actors, Will Smith, Robert Downey Jr. and the late Heath Ledger. Giambrone has moved to Los Angeles with his parents, Vonda and David, as well as older brother, Luke.