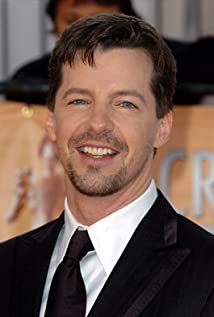 Sean Patrick Hayes was born and raised in the Chicago suburb of Glen Ellyn, Illinois. His father, Ronald, a lithographer, left the family when Sean was a young child. His mother, Mary, works at a food bank, and raised Sean and his four siblings on her own. Sean supported himself as a classical pianist and as a member of a pop band for five years, while attending Illinois State University, where he majored in performance and orchestral conducting. He began his post-collegiate professional career in Chicago theatre, as musical director at the Pheasant Run Theater for several years, appearing on stage in several productions as well. He also appeared in the original production of "Role Play" at the Organic Theatre.An alumnus of Chicago's famed Second City improvisational comedy group, Hayes had gigs as a stand-up comic, performing at The Comedy Club in Los Angeles. While still in Chicago, Hayes won roles in television shows as well as the television movie A & P (1996), based on a story by John Updike, before landing the role which earned him an Emmy Award in 2001 - Jack McFarland - on the hit NBC comedy series Will & Grace (1998). He has also been honored with a SAG Award, an American Comedy Award and a TV Guide Award as well as with two Golden Globe Nominations. Hayes made his feature film debut in 1998 in the title role of the art-house hit Billy's Hollywood Screen Kiss (1998), which won critical acclaim at the Sundance Film Festival. He also co-starred in the box-office hit Cats & Dogs (2001) for Warner Bros Studios.Of Irish descent, Sean Hayes makes his home in Los Angeles with his long time boyfriend, now husband (as of November 2014), Scott Icenogle, a Los Angeles music producer.

Jerry Lewis: The Man Behind the Clown