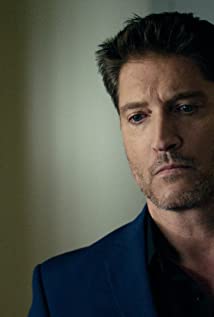 Sean Kanan's career encompasses many facets of the entertainment world including actor, author, comedian, and producer. Early in his career, Kanan was chosen at an open call by Oscar-winning Director, John Avildsen from over 2000 hopefuls for the role of Mike Barnes in the Karate Kid III. He went on to create two iconic characters, AJ QUARTERMAINE (GH) and DEACON SHARP (B&B/Y&R). Kanan's popularity as DEACON in Italy and ability to speak fluent Italian landed him on the Italian version of the popular show Dancing with the Stars where he lasted 9 weeks.On the comedy stage, Kanan has performed at some of the countries leading clubs including the Laugh Factory, the Comedy Store, Dangerfield's, the Brokerage, Uncle Vinny's and other venues. On the theater stage, he has performed in Sam Shepard's True West twice, once at the Zephyr theater and once at the Palm Canyon Theater.Sean penned The Modern Gentleman; Cooking and Entertaining with Sean Kanan (Dunham Books) and Secret of My Success. Kanan co-hosted a celebrity parenting radio talk show called Kanan's Rules, available for download on iTunes podcast. Sean Kanan spends his free time studying martial arts, writing scripts, cooking, performing his stand-up routine and further pursuing the study of the Italian, French, Mandarin, Russian and Japanese language. Sean also dedicates much of his time to numerous charitable and nonprofit endeavors including ASPCA, anti-bullying and the Red Cross.

My Trip Back to the Dark Side