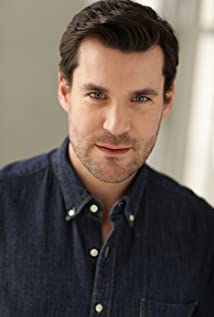 Sean Maher is well known to television and film audiences for his role as 'Dr. Simon Tam' in Joss Whedon's feature "Serenity". The film was based on the critically acclaimed series "Firefly".Maher was born and raised in New York where he attended the Tisch School of the Arts at NYU. He moved to Los Angeles after landing the coveted title role in the FOX drama "Ryan Caufield: Year One." Upon the cancellation of that series Maher secured a holding deal with FOX and collaborated with the network on the well loved series "Party Of Five" as well as Darren Star's "The $treet".With the birth of his daughter in 2007 Maher took a few years off from acting to be a stay at home dad.Additional TV credits include "The Mentalist", "Human Target," and "Warehouse 13".In 2011 while playing closeted gay man 'Sean Beasely' in 1960s Chicago on NBC's provocative "The Playboy Club" Maher used the role as a platform to come out publicly as a gay man himself. Entertainment Weekly graciously covered the story and Maher regards that decision as one of the highlights of his professional career.Sean appeared in the Season 2 finale of "Looking" for HBO, directed by Andrew Haigh. Additionally, he was seen recurring as Mark Scheffer (aka Shrapnel) on the hit series "Arrow" for The CW. Maher won praise for his portrayal of 'Don John' in Joss Whedon's feature film adaptation of Shakespeare's "Much Ado About Nothing" and starred in the indie sci-fi feature "ISRA-88" as well as the feature "People You May Know." He starred opposite Academy Award Nominee June Squibb in the short film "The Visit."Maher reunited with many of his Firefly colleagues for the series "Con Man."He is also the voice of 'Nightwing' for the Warner Bros / DC Comics animated universe.Maher is a yoga enthusiast and LGBT advocate. In 2016, he married his partner of 10 years, Paul. He has two children.

People You May Know