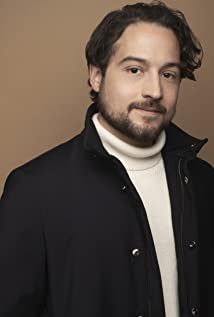 Sean Marquette, born in Dallas, Texas, is successfully building a diverse and established career playing a variety of roles in television, film and animated series. Sean began his acting career starring as Jamie Martin on the Emmy award winning daytime soap, All My Children (ABC).Sean starred in 13 Going On 30 (Sony Pictures) with Jennifer Garner; Surviving Christmas (DreamWorks) with Ben Affleck; Seabiscuit (Universal) with Toby Maguire; series regular on hit animated series Foster's home for Imaginary Friends (Cartoon Network) and Rocket Power (Nick). Sean has recently guest starred on Still Standing (CBS) and is the voice of Spiderman in 'Ultimate Spiderman' Electronic video game (Activision).Sean has an impressive list of television credits to name a few, series regular on Hidden Hills (NBC) and guest starred on hit shows such as Without A Trace (CBS); Touched By An Angel (CBS); The Guardian (CBS); Judging Amy (CBS); Strong Medicine (Lifetime) and All My Children (ABC).Sean's upcoming projects include Grilled (New Line Cinema) film directed by Jason Ensler. Sean stars as Burt Reynold's son who is getting Bar Mitzvah'd and at the request of his father, "becomes a man", with the help of a 19 year-old call girl in the back of a limo, on the way to the ceremony.Sean is the youngest of the three Marquette brothers. Sean says his older brother Chris Marquette is his inspiration. Sometimes they audition for the same role. They help each other and enjoy the healthy competition. Acting soothes Sean's mind and body by allowing him to express himself. He feels what separates him from other actors is his ability not to limit himself when he acts.Sean's favorite actor is Tom Hanks because he comes across as a regular normal guy. He admires Johnny Depp's sense of style, Denzel Washington's down to earth demeanor, Benicio Del Toro, strong, silent type persona. Sean's favorite movie is The Pianist. His favorite role in a movie is Jim Carrey in Eternal Sunshine of the Spotless MindIn his spare time Sean enjoys reading, computers and movies. He successfully juggles school and his acting career. Sean participates in several charity events. His favorite pastimes are the pursuit of his Black Belt in Tae Kwon Do and beating his brothers in a game of Diablo on the computer.Sean's huge success on the animated series Fosters resulted in Sean presenting at the 2004 TEAM Awards Show and 32nd Annual Annie Awards. The Marquette brothers Sean, Christopher and Eric live in Los Angeles.