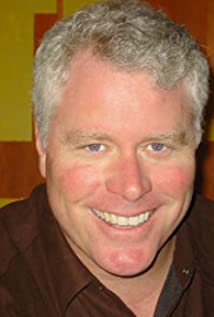 To capture the essence of Sean McNamara's skills as a Director, one need not look further than critics' reviews of his latest theatrical work on "Soul Surfer" for Tristar Pictures/FilmDistrict."Soul Surfer is the kind of sturdy, satisfying family drama that doesn't get made very often anymore. But even beyond that, at crucial moments it shows there's actually a brain behind the camera. If only more pictures - made on any budget - could be that way... [McNamara's] respect for his viewers, and for the story he's telling, elevates the movie above ho-hum conventionality." - Stephanie Zacharek, Movieline"The movie dazzles in its surfing sequences, in which the director, Sean McNamara, works nimble editing and a tropical palette to a fine sheen." - Andy Webster, The New York Times"It's a good, solid family film; if there ever was a better movie to pass along a message about perseverance, courage and faith and also highlight the sheer glory of riding a wave, I can't imagine it." - Connie Ogle, Miami Herald"Soul Surfer" is the culmination of a career in entertainment that has spanned over twenty years in producing, writing and directing. The cast, which includes Academy Award Winner Helen Hunt, Dennis Quaid, AnnaSophia Robb and Carrie Underwood, shines in the inspirational tale of pro-surfer Bethany Hamilton who tragically lost her arm after a shark attack. McNamara's shots are as well-composed as his actors are well-directed and the result is a film filled with as much heart and emotion as gleeful suspense.Over McNamara's years in entertainment, he has carved a niche for himself as a premiere family film director with a keen eye for new talent. He can be credited with discovering stars such as Shia LaBeouf and launching the feature careers of Jessica Alba and Hilary Duff.Along with his partner, David Brookwell, McNamara has successfully turned their company, Brookwell/McNamara, into one of the most sought-after youth television and film production companies.In only a few weeks of release "Soul Surfer," which cost just shy of 18 million dollars, has crossed the 40 million dollar mark making it a bona-fide hit for everyone involved. On top of that, it also received a Cinemascore of an A+ which remains the highest rated film of the year so far.Sean is also a four time DGA Award nominee, Emmy nominee, and BAFTA Award winner.

The League of Legend Keepers: Shadows

Just in Time for Christmas