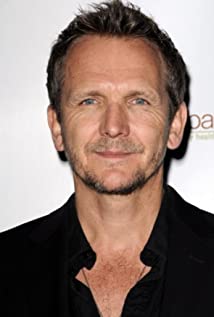 Sebastian Roché is a Scottish-French actor, known for his roles as Kurt Mendel on Odyssey 5 (2002), Thomas Jerome Newton on Fringe (2008), Martin Heusmann on The Man in the High Castle (2015), Michel Marivaux on The Young Pope (2016), Balthazar on Supernatural (2005), and Mikael on both The Vampire Diaries (2009) and The Originals (2013). His film work includes A Walk Among the Tombstones (2014) and Beowulf (2007).Roché was born in Paris, France to a French father, Philippe Roché, and a Scottish mother, Gail Stewart. From age 12 to 18, he lived on a sailboat with his parents and two brothers, traveling to the Mediterranean, Africa, South America, and the Caribbean. He is a graduate of the prestigious French National Academy of Dramatic Arts. Roché also studied at the Cours Florent and the École nationale supérieure des arts et techniques du théâtre. Upon his graduation in 1989, Roché started working in French theater, films and television.In 2002, Roché began portraying Kurt Mendel in the Canadian science fiction series Odyssey 5 (2002) for Showtime. In 2007, Roché began appearing in the ABC soap opera General Hospital (1963) as criminal Jerry Jacks. In 2010, Roché joined the recurring cast of The CW's drama series Supernatural (2005). He was next cast in the Fox sci-fi drama series Fringe (2008), recurring in the second and third seasons as Thomas Jerome Newton, a main antagonist of the series. In 2011, Roché began recurring as Mikael, the father of the Original Vampires, in The CW's supernatural drama series The Vampire Diaries (2009) and its spin-off series, The Originals (2013).In 2016, Roché co-starred in the Paolo Sorrentino's miniseries The Young Pope (2016), alongside Jude Law and James Cromwell, and had a recurring role as Martin Heusmann in the drama series The Man in the High Castle (2015).Roché has lived in the United States since 1992. He met Vera Farmiga in 1997 while starring together in the Fox adventure series Roar (1997), and married her that same year. After seven years of marriage, Roché and Farmiga separated and were subsequently divorced. On May 31, 2014, he married Australian actress Alicia Hannah in a private ceremony in Mercuès, France.

The Mystery of Matter: Search for the Elements