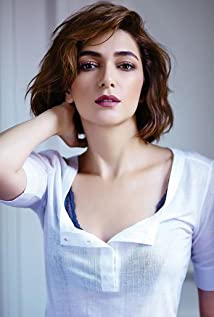 Sebnem Hassanisoughi graduated from The Mimar Sinan Fine Arts University National Conservatory with a degree in Performance Arts in 2007. She then got her Master's Degree in Film and Drama, at the Kadir Has University. Sebnem took on roles in some very significant shows such as, 'Firar', 'Kayip Sehir', 'Tatar Ramazan', 'Bana Artik Hicran De', 'Poyraz Karayel', and 'Vatanim Sensin'. She recently took a place in various digital series, such as 'Andropause', 'Hot Skull' for Netflix and 'Star' for Disney+, which will be launched soon. Hassanisoughi's love for the stage and theatre led her to appear in plays in the meantime. At Oyunevi, she took on roles in the plays; 'Beklerken', and 'Leoce ile Lena'; at the Adana National Theatre she appeared in 'Rita'nin Sarkisi', 'Dua Odasi' at Tiyatro Z, 'Titus Andronicus', 'The Dinner' and 'Gronholm Method' at Semaver Kumpanya, and 'Alti Bucuk' at Ikinci Kat Tiyatro. Her role in the 2011 movie 'Geriye Kalan', shot by Cigdem Vitrinel brought her two very important awards. Hassanisoughi was awarded 'Best Actress' at the 12th Izmir International Film Festival, and received the 'Ayhan Isik Special Award' at the 18th Sadri Alisik Actor's Awards. After working with Alphan Eseli on his film 'Eve Dönüs Sarikamis 1915' in 2012, she appeared in Zeki Demirkubuz's film 'Bulanti', and with her performance in this movie, won 'Best Supporting Actress' at the 48th Siyad Awards. Later, Hassanisoughi took on the role of 'Sara' in Tayfur Aydin's 2016 movie 'Siyah Karga'. She was also honored with the 20th Year Special Award at the 20th Flying Broom International Women's Film Festival. Following, Sebnem participated in the movie 'Butterflies', which got Grand Jury Prize at Sundance 2018. In the same year, she appeard in the Danish movie 'Lifeboat' with Sofia Helin and Pal Sverre Hagen. Sebnem was a jury member of Talinn Black Nights Film Festival / PÖFF in 2019.

The Yellow, the Cat, the Kayakers and the Host