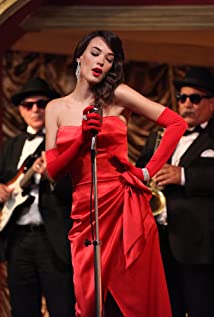 Seda Bakan (born 10 October 1985) is a Turkish actress. Her maternal family is of Turkish descent eho immigrated from Thessaloniki, Ottoman Empire.(now, in Greece). Her paternal family is of Bosnian descent who immigrated from Sarajevo. She is best known for comedy roles in films and as Eda in Behzat C. hit crime series, as Feyyza in Kardes Payi hit comedy series. She played in the movie Arif V 216, which as of April 2021 is the 10th most-watched movie of all time in Turkiye according to Box Office.