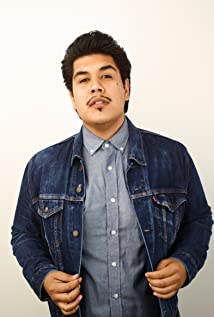 Chicano y chulo. Born & raised on the central coast of California in the farm working community of Watsonville. Sedrick Cabrera holds a B.A. in Theatre Arts from San José State University, where he trained as a classical actor. His time at SJSU also earned him honors within the department including the "Teatro Award" for contributions towards diverse theatre.Upon graduating in 2015, Sedrick completed a postgrad residency with the iconic Chicano theatre company El Teatro Campesino founded by Luis Valdez. Currently based in the Bay Area he has been collaborating with theatre companies such as SF Bay Area Theatre Co. & Marin Shakespeare. He also served as a creative consultant for YBCA's "SF Creative Corps Pilot Program" which launched in the Fall of 2020.As a lifelong learner, he attends various workshops and masterclasses hosted by organizations such as NALIP & Nosotros of the Los Angeles region. Most recently, he was Awarded NALIP's "Emerging Content Creators Scholarship" for Latino Media Fest 2020 & featured as a Top 12 Writer Finalist in the 2nd Annual Nosotros Ya Tu Sabes Monologue Slam, presented by NBC, for his original monologue "Brown Billboards".Through his work, Sedrick works to bring light to Latinx struggles and ignite dialogues towards potential solutions. Always striving to find a balance between classical training and his nuance-filled upbringing for the most authentic stories possible.

Gone in the Night