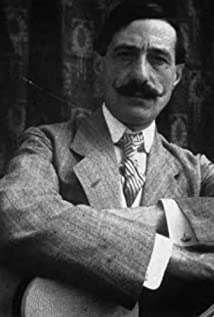 Segundo de Chomón became involved in film through his wife, who was an actress in Pathé films. In 1902 he became a concessionary for Pathé in Barcelona, distributing its product in Spanish-speaking countries and managing a factory for the coloring of Pathé films. He began shooting footage of Spanish locations for the company, then in 1905 moved to Paris where he became a trick film specialist. The body of work he created over five years was outstanding. Films such as The Red Spectre (1907), Kiri-Kis (1907), The Invisible Thief (1909) and A Panicky Picnic (1909) are among the most imaginative and technically accomplished of their age.De Chomón created fantastical narratives embellished with ingenious effects, gorgeous color, innovative hand-drawn and puppet animation, tricks of the eye that surprise and delight, and startling turns of surreal imagination. It is curious why he is not generally known as one of the early cinema masters, except among the cognoscenti in the field. Perhaps it is because there is a smaller body of work than that created by Georges Méliès (his works can perhaps be described as a cross between that of Méliès and another who combined trickery with animation, Émile Cohl); perhaps it's because he was a Spaniard working in France for the key part of his film career that has meant that neither side has championed him as much as they might have done. De Chomón carried on as a filmmaker, specializing in trick effects, working for Pathé, Itala and others, and contributing effects work to two of the most notable films of the silent era, Giovanni Pastrone's Cabiria (1914) and Abel Gance's Napoleon (1927).

A Trip to Jupiter

Ali Baba and the Forty Thieves