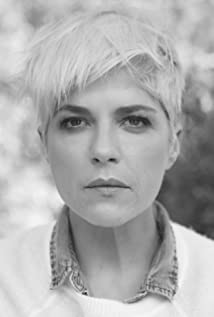 Throughout her diverse career, Selma Blair has been one of the most versatile and exciting actresses on screen. Blair's longstanding career began with her comedic roles in pop culture classics in the early 2000s. Blair has worked with an array of acclaimed directors including Guillermo del Toro and Todd Solodnz, to name a few. Additionally, Blair was named one of Time Magazine's Person of The Year in 2017 as one of their Silence Breakers.Upcoming, Blair will be seen as the subject of the documentary, Introducing, Selma Blair, which premiered to rave reviews at the 2021 SXSW Festival. At the festival, the feature won the Special Jury Recognition for Exceptional Intimacy in Storytelling. Following SXSW, DEADLINE wrote "Selma Blair's unflinching and raw vulnerability in Introducing, Selma Blair, coupled with director Rachel Fleit's almost voyeuristic chronicling of her MS diagnosis, invites us not just to feel empathy for the star. More than that, it invites us into her fight, prompting anyone watching to feel joined with her in battle." The documentary, which reveals Blair's intimate and raw journey with Multiple Sclerosis, was acquired by Discovery+ and is slated for release in Fall 2021.Previously, Blair starred in the comedy/horror thriller Mom and Dad, alongside Nicholas Cage. The film, which follows a teenage girl and her younger brother as they must survive a wild 24 hours during which a mass hysteria of unknown origin causes parents to turn violently on their own kids. The film premiered at the 2017 Toronto International Film Festival and later screened at the 2017 Sitges Film Festival and the 2017 Molins Film Festival, where it was nominated for the Jury Prize for Best Film and the Audience Award for Best Films. VARIETY critic Dennis Harvey wrote "She [Blair] covers a gamut from bittersweet sympathy to farce to monstrousness, running amok like a cat on piano keys, yet hitting each note perfectly. "Mom & Dad" isn't the kind of movie they give acting awards to - but in a just world, it would be."On television, Blair was recently seen co-starring as "Kris Jenner" in FX's The People vs. OJ Simpson: American Crime Story for Ryan Murphy.Blair also starred in Todd Solodnz's Dark Horse in 2011 as Miranda (formerly 'Vi'), alongside Christopher Walken and Mia Farrow. The film debuted at the Venice Film Festival and was later released by Virgil Films & Entertainment. Blair also starred in Todd Solodnz's Storytelling in 2001.In 2008, Blair reprised her role as Liz Sherman in Guillermo del Toro's Hellboy II: The Golden Army, after starring in the original Hellboy in 2004 (also directed by del Toro).Blair is perhaps best well known for her scene stealing performance as 'Vivian Kesington' in MGM's hit Romantic comedy Legally Blonde, alongside Reese Witherspoon. The film was nominated in 2002 for a Golden Globe Award in the category of Best Motion Picture - Musical or Comedy.In 1999, Blair played the role of Cecile Caldwell in Cruel Intentions, alongside Reese Witherspoon, Sarah Michelle Gellar, and Ryan Phillippe. Columbia Pictures released the film, which was directed by Roger Kumble.Other film credits include the YA film After (2019) and its sequel, After We Collided (2020), based on the popular romance novels of the same name. Blair also starred in Robert Benton's Feast of Love in 2007, and John Water's A Dirty Shame in 2004. In 2002, Blair reconnected with her Cruel Intentions director Roger Kumble in The Sweetest Thing for Columbia Pictures, alongside Cameron Diaz, Christina Applegate, and Jason Bateman.Blair also starred on television as 'Kim' on Kath & Kim for NBC from 2008-2009, opposite Molly Shannon. Blair has made memorable guest star appearances including Friends, Another Life, Heathers, Portlandia and Web Therapy.On stage, Blair starred in the World Premiere production of Rajiv Joseph's Gruesome Playground Injuries at The Alley Theater and was nominated for a Grammy Award for "Best Spoken Word Recording" for her reading of The Diary of Anne Frank.Blair currently residents in Los Angeles.