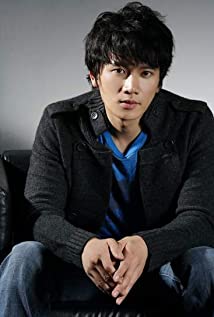 Born Kwak Tae Gun on February 27, 1977 he landed his debuting role in 1999 SBS Television Drama KAIST. It was through the suggestion of is then-manager that he took on the the stage name Chae Ji-sung and subsequently known as simply Ji Sung. His participating in following TV dramas such as All In(2003) and Save the Last Dance for Me(2004) as well as is first film Whistling Princess(2002) further launched his acting career. Ji Sung enlisted into mandatory military service in June 2005 as a soldier and later transferred and served as a public ambassador of military affairs until his discharge June of 2007. Following his discharge that same year he made is comeback in TV Drama New Heart(2007) as once again began to capture the attention of his audiences and continued to do so in later television dramas. He then signed with new management agency, Namoo Actors in February of 2010. From there, Ji Sung continued to add to his extensive resumé playing parts in TV Dramas such as The Great Seer(2012) and in adult rom-com film Whatcha Wearin'?(2012). He then stole the hearts of audiences again in 2013 KBS melodrama Secret. In the same year, Ji Sung announced and tied the knot with South Korean actress and Save the Last Dance for Me co-star Lee Bo-young. On November 24, 2014 Namoo Actors Agency revealed Ji Sung and Lee Bo-young to be expecting their first child mid-June to early July of 2015. He then continued the capture audiences reuniting with Secret co-star Hwang Jung-eum in 2015 MBC Television Drama Kill Me, Heal Me for which Ji Sung received much praise for his outstanding acting skills.

Kill Me, Heal Me