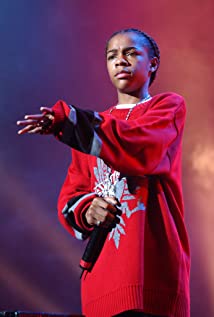 Shad Gregory Moss was born on March 9, 1987 in Columbus, Ohio to Teresa Rena (Jones) and Alfonso Preston Moss. When Shad was five, he started his rap career using the nickname "Kid Gangsta." One year later, he took front stage during "The Chronic Tour" and impressed rapper Snoop Dogg, who later gave him the name Lil' Bow Wow. Snoop Dogg later hired him as an opening act and introduced him to Jermaine Dupri, the producer who helped Shad's career.He backed up the success of his double platinum debut album "Beware of The Dog" (2000) with 2002's platinum "Doggy Bag." It was during the release of his first album that he publicly took his nom de guerre.After having several guest spots on TV shows such as "Moesha" and "The Steve Harvey Show," Shad made his big-screen acting debut in 2002's All About The Benjamins, which he immediately followed with his first starring role, Like Mike, and a new stage name- Bow wow.He has publicly dated Ciara, and in 2011 admitted to having a child with an unnamed woman. In 2012 he made news when he was publicly forced to pay child support. In 2015 he became engaged with reality star Erica Mena.In 2015 he began starring in the TV show "CSI: Cyber" and resides in Atlanta, Georgia.