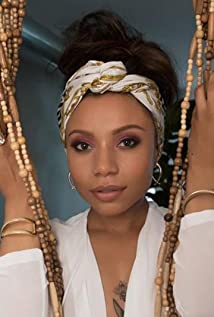 Shalita Grant was raised in Petersburg, Virginia and attended high school at the Baltimore School for the Arts in Maryland where she was a YoungArts Winner in Theater and Presidential Scholar in the Arts. At 17, she received a scholarship to attend the Julliard School for her B.F.A. in Drama, graduating in 2010.In the first season of NCIS: New Orleans (2014), her role as former ATF turned NCIS Agent Sonja Percy, was recurring and was soon followed with a promotion to series regular at the start of the second season. Grant also starred as contraband slave, Aurelia Johnson, in the PBS original Civil War mini-series, Mercy Street (2016). Her television guest star credits include The Good Wife (2009), Battle Creek (2015), Bones (2005), and Melissa & Joey (2010). Her film features include shorts Empire Corner (2010), Invisible (2010), and Oscar-nominated documentary, Rehearsing a Dream (2006).Grant's stage credits include "Vanya and Sonia and Masha and Spike" at the Lincoln Center, "The Philanderer" (The Pearl Theatre Company), "Measure for Measure", "The Winter's Tale" and "Merchant of Venice" (The Public Theater). In spring of 2013, she continued her role of Cassandra in "Vanya and Sonia and Masha and Spike" on Broadway, for which she earned a Tony Award nomination for Featured Actress in a Play and won the 2013 Theatre World Award for Outstanding Broadway Debut.Following her Tony Award nomination, she moved to Los Angeles to pursue television where she fondly recalls her struggles in auditioning 54 times within one year for various roles and, at one point, while running out of savings, briefly turned to bartending before landing a series of guest star roles and finally series regular. Grant splits her time between New Orleans, Louisiana, where NCIS: New Orleans is filmed, and Los Angeles, California.