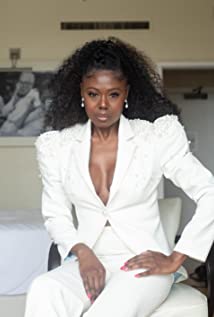 Shamika Cotton is one of Hollywood's brightest talents, with a burgeoning career in the areas of television, film and theatre. Born in Cincinnati, Ohio, where she attended the renowned School for the Creative Performing Arts, whose alumni includes Sarah Jessica Parker and Rocky Carroll, as well as classmates Nick and Drew Lachey, Shamika decided to move to New York to continue to pursue her career in acting.She quickly landed roles in numerous stage productions, including Ain't Supposed To Die, which was nominated for a Drama Desk Award for Best Musical in 2004, and Medea, both at the prestigious Classical Theatre of Harlem. Additional theatre credits include Vanities, Joe Turner's Come and Gone, and Iphigenia.In 2006, she was selected to appear as a participant in soapNet's popular reality series "I Wanna Be A Soap Star," where she became a judge and fan favorite, finishing as a top finalist. She parlayed that role into a multi-episode arc on the CBS daytime drama "As The World Turns."Displaying her versatility and range as an actor, she also appears in a recurring role as Michael's drug-addicted mother, in the fourth and fifth seasons of HBO's critically-acclaimed drama series "The Wire."Additional television credits include a high-profile guest lead role on USA Network's "Law & Order: Criminal Intent," which premiered in November, 2007, and a national Robitussin commercial filmed in 2006.Shamika recently completed production on the independent short drama "Stream," executive produced by Whoopi Goldberg, Tom Leonardis and Mitchell Reichgut, where she portrays "Young Jodi," a woman played in later life by Goldberg, in this searing drama focusing on mental illness.In November, 2007, Shamika launched the "Shamika Chronicles," a weekly video podcast that follows her life as an actress, featuring a charming and intimate look at the behind-the-scenes trials and tribulations, from preparing for auditions, to walking down the red carpet, and everything in-between!In her free time, Shamika enjoys billiards, fashion, music, dancing and volunteering on behalf of her favorite charities.

The Sun Is Also a Star