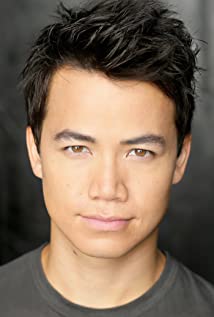 Born in Johannesburg as Shannon Kook-Chun to a father of Chinese descent and South African mother, Shannon moved to Canada at an early age and eventually adopted the stage name Shannon Kook.After attending the National Theatre School of Canada in Montreal, where he graduated with the Edna Khubyar Acting Award & scholarship, Shannon won his first on camera roles guest starring on The Border, and Being Erica on consecutive weeks. And followed that up landing a recurring role in crime drama HBO series Durham County, playing David Cho.In 2010, Shannon was also cast in the biggest role up to that point when he won a guest starring part in an episode of Degrassi. He played Zane Park, a role which led to wider exposure when he reprised the part as a regular on Degrassi: The Next Generation (from 2010-11) and also playing a regular role as Deven Phillips on the Family Channel original series Baxter (2010-11).Shannon won a guest role in an episode of Rookie Blue in 2011 and lent his voice to the animated short film Requiem for Romance in 2012. His contribution to the Short earned him the 2013 ACTRA Award of Excellence for Outstanding Voice Performance.He landed his first feature film part as Drew Thomas in the wildly successful James Wan thriller The Conjuring with Patrick Wilson and Vera Farmiga.In 2014, Shannon was named a TIFF Rising Star and in 2015, he revisited the thriller genre with a small part in the Charlize Theron-led Dark Places. Based on a popular Gillian Flynn novel, the film also stars Nicholas Hoult, Chloe Grace Moretz and Christina Hendricks.He was also awarded a 2015 Trailblazer Award from the Reelworld Film Festival.With 2016's The Conjuring 2, Shannon reprised his role as Drew Thomas. The film brought back Patrick Wilson and Vera Farmiga as Ed and Lorraine Warren, and also showcased Madison Wolfe, Maria Doyle Kennedy and Franka Potente. The same year, Shannon also earned a role in an episode of the CW series Beauty and the Beast.Shannon, whose middle name is Xiao Long (which means little/young dragon), is friends with Nina Dobrev and Ben Hollingsworth. The trio lived together for a short period of time and Nina and Ben have also starred in CW shows.Shannon was recently a recurring character on Shadowhunters.His interests also lie in photography, and plans on directing, while training in dance, martial arts and workshops in astrology, reiki and spirit.