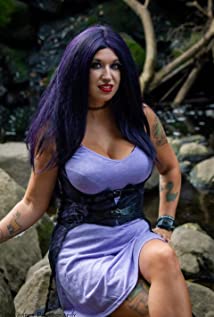 Shanta Pasika is an actor and horror enthusiast. Her appearances include independent films This Book is Cursed and Cosmic Blast from More-On productions and the Troma film Shakespeare's Shitstorm. She is also a horror host, starting as co-host on Deadgar's Dark Coffin Classics in 2014 and going on to co-found Hexen Arcane in 2020 with Kate Holm.When she isn't hosting horror films she can be found watching horror movies, reading, sewing, hiking, and playing with her kids.

Two Cents from a Pariah