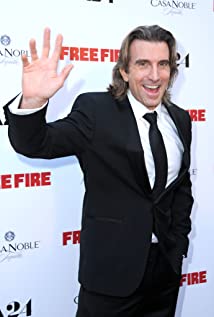 Sharlto Copley was born in Johannesburg, South Africa, to Linda Stocks and Bruce Copley, a former university professor. His childhood dreams of acting were put on hold for many years when his television production company was one of few in his native South Africa granted licensing to create content for broadcast. Rather than acting in front of the camera, Copley found himself the businessman running the production behind the scenes, becoming South Africa's youngest television producer at age 25. It was during this time that he met a then-teen-aged Neill Blomkamp, who worked at Copley's company in exchange for use of the computers to pursue his talent for design. Blomkamp would many years later go on to direct Copley in his star-making debut as nervous bureaucrat Wikus van de Merwe in the Oscar nominated science fiction hit District 9 (2009). Copley followed this by fulfilling another childhood dream, landing the role of H.M. "Howling Mad" Murdock in the big screen adaption of the 1980's TV hit The A-Team (2010) and was also directed by Blomkamp once again in the movie Elysium (2013). He now continues to split his time between his native South Africa and Hollywood, pursuing more opportunities in front of and behind the camera.

The Last Days of American Crime