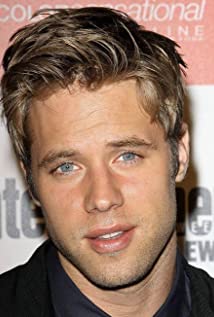 Shaun Sipos of Croatian descent was born in Victoria, British Columbia, Canada. Sipos debuted before the cameras in 2001 with a small role in "Special Unit 2", and that same year played a series regular on "Maybe It's Me", playing Nick Gibson.Since then, Shaun has developed a successful career in film and television. Also, who starred as Jack, a popular mellow 17-year-old who aspires to be in a band, on the comedy sitcom Complete Savages. Sipos is perhaps best known for playing David Breck on The CW series Melrose Place.Sipos' television credits include a series regular role on the comedy Maybe It's Me, guest starring roles on Smallville, ER, CSI: Miami and Black Sash, and a supporting role on Special Unit 2. His feature film credits include Comeback Season, Skulls 3, Final Destination 2, Baby Geniuses and The Grudge 2. He appeared in the movies Lost Dream, as well as Lost Boys: The Tribe. In 2009, Sipos was cast as David Breck in The CW's Melrose Place, which is an update of the 90's FOX primetime soap of the same name.Sipos signed on to the cast of Life Unexpected to play a teacher who becomes a love interest of the main character, Lux.

For the Love of George

Heart of the Country