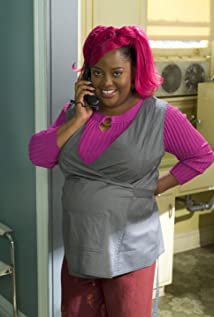 Sherri Evonne Shepherd was born and raised in Chicago, Illinois. When she was 11, her family moved to the suburb Hoffman Estates. Her father, Lawrence, was a food service manager at Sambos Restaurant and a church deacon, and her mother, LaVerne, cleaned homes.Sherri started her stand-up career in 1990 while working in Beverly Hills as a legal secretary. In 1995, she took the big plunge, stepped out on faith, and quit her secretarial job. 12 days later she booked her first series as a regular on the WB's Cleghorne! (1995). It lasted only a season; and since unemployment didn't pay the bills but typing did, Sherri had to go back to the law firm for the next three years. She is best-known for her role as Ramona on ABC's Less Than Perfect (2002). Not leaving her stand-up roots, Sherri still performs regularly at the Comedy Store, the Laugh Factory and the Improv.

The Sex Lives of College Girls