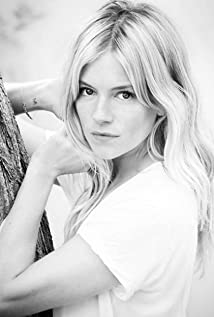 Sienna Rose Diana Miller was born in New York City, but was raised in London, United Kingdom. Her father, Edwin "Ed" Miller, who is American-born, is an investment banker and a dealer in Modern Chinese paintings. Her mother, Josephine "Jo" Miller, was a South African model and a personal assistant to David Bowie; she went on to manage the Lee Strasberg Theatre and Film Institute in New York City, and then became a yoga instructor. Sienna has one older sister, Savannah Miller.The family moved to Chelsea, London, when Sienna was 18-months-old. Sienna spent her weekends horse riding at her godmother's farmhouse in Wiltshire. When Sienna was age 6, her parents got divorced. Sienna and Savannah moved to Parsons Green with their mother, who was also being treated for breast cancer. Sienna's father remarried three times and moved to the Virgin Islands. At age 8, she moved away to Heathfield boarding school in Ascot, where she enjoyed playing Lacrosse and acting.Sienna went back to New York City, when she turned 18, and enrolled at the Lee Strasberg Theatre and Film Institute. Following this, she traveled, modeled, did theater and took small roles in films. She landed a role as a flirtatious model in a BBC sitcom, Bedtime (2001). Her breakout film role was as Daniel Craig's love interest in Matthew Vaughn's Layer Cake (2004). Sienna's film credits include Alfie (2004) (Susan Sarandon, Jude Law), Casanova (2005) (Heath Ledger), Factory Girl (2006) (Hayden Christensen, Guy Pearce) and Interview (2007) (Steve Buscemi).She received a British Independent Film Award nomination for Best Supporting Actress for her role in The Edge of Love (2008), in which she performed opposite fellow British actress Keira Knightley, with whom she formed a great friendship. In the same year, she was also nominated for the BAFTA Orange Rising Star award and, in 2006, was nominated for an Independent Spirit Award for her role as Katya in Interview (2007).Sienna has also carved out a notable theatre career, with credits including the role of Celia in the Young Vic production of "As You Like It" - her theatrical West End debut - opposite Helen McCrory and Dominic West, and the Broadway production of Patrick Marber's "After Miss Julie", in which she played opposite Jonny Lee Miller. Sienna's most recent stage performance was in Terence Rattigan's critically-acclaimed "Flare Path", directed by Sir Trevor Nunn, held at London's Theatre Royal Haymarket.

Anatomy of a Scandal

Cat on a Hot Tin Roof

The Tale of Thomas Burberry