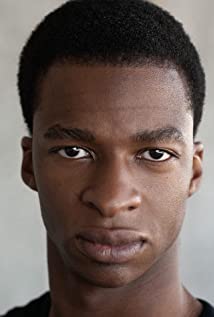 Simon Manyonda is a British Television, Theatre and Film Actor known for Doctor Who, King Lear, The Bay and His Dark Materials. He has worked with some of the worlds finest directors and actors including Sam Mendes, Glenda Jackson, Anthony Hopkins, Richard Eyre and Nicholas Hytner to name but a few. He is committed to working with young artists and serves as a Board Member for Theatre Peckham.Simon Manyonda was born in South East, London the eldest son of General Practitioner of Medicine and a Gynaecologist and Obstetrician.At an early age Manyonda developed speech impediments which rendered him a quiet and watchful child. After attending speech therapy for many years and gaining confidence in his speech, he began a secondary school drama class and found all that he had quietly observed over the years very useful in portraying the many characters he went on to improvise and portray in school plays.It was in these drama classes that Manyonda began to get a sense of himself and despite having a stammer when he spoke in everyday conversation, on stage he was able to communicate through the characters he portrayed with confidence and ease. He won the Key Stage Three and Four drama awards for his work and at 15 went on to join the Young Vic Youth Theatre. At the Young Vic Manyonda performed in Doctor Faustus and for the first time in King Lear as the title role.After finishing secondary school, Manyonda went on to Manchester Metropolitan University. Although he continued to take leads in student plays he spent most of his time writing poetry, creating art installations and working with 'at risk teenagers' at foster homes.It was after spending time working with young people at a film school in New York during the summer of his second year at University that Manyonda got the acting bug again and decided to go to drama school. Simon's audition for LAMDA went so well that he was recalled on the spot and asked to come back for his second round the following day. For his full panel audition Simon had to prepare a Shakespeare scene and a song in less than twenty four hours, a challenge that he relished and consequently secured him a place at one of London's most prestigious drama schools.In the second term of his final year Simon auditioned for Sir Richard Eyre at the Royal National Theatre to play the part of Haemon in his production of Moira Buffini's "Welcome to Thebes", which he won and subsequently graduated from LAMDA a term early to take the role working along side great British actors such as David Harewood and Nikki Amuka-Bird.