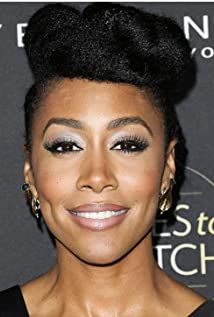 Born in Detroit, Michigan, Simone always knew she was meant to perform. Growing up, Simone spent years playing the violin, singing, and playing sports before she decided to focus on acting. While in her first year as an English major at Howard University, she decided to take a theatre for non-majors course. This class solidified her commitment to acting, and she graduated with a minor in Theatre arts. Following graduation, Simone traveled to Oxford, England, where she participated in the British American Drama Academy taking Master Classes with greats Ben Kingsley, Alan Rickman, and Jane Lapotaire. She then honed her craft performing in regional theatre in Detroit, Michigan before packing it all up and moving to Los Angeles. In 2015, Simone made her debut as "Misty Knight" in "Marvel's Luke Cage". She has since reprised her role as that character in "Marvel's: The Defenders", and Season 2 of both "Marvel's Luke Cage" and "Marvel's Iron Fist". In the spring of 2018, Simone made her New York theatre debut in Dominique Morrisseau's "Paradise Blue" at the Signature Theatre. This fall, Simone stars and is a producer on the highly anticipated Orion pictures film, "Jinn", which will be in theaters in the fall of 2018.

A Taste of Romance