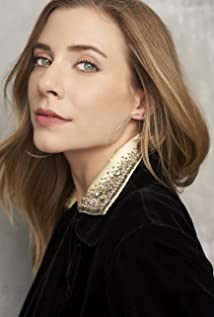 Skyler Day was born and raised in Atlanta, GA . Her start in the Entertainment Industry began after a chance meeting with a talent agent in the DMV at the age of 6. She began her career with print work, commercials, voice over and eventually it lead to her first film opportunity. Skyler was 10 years old when she made a deal with her parents that if she booked the lead in a film by her 11th birthday they would move out to California so she could pursue her acting career more seriously. She missed her goal by only two weeks but she ended up booking the lead in "The Adventures of Ociee Nash"! Skyler's dream of moving to the West Coast came true when she and her family relocated to California in 2004.Music is also a driving force is Skyler's life. She discovered her love for music and storytelling at an early age, writing her first song at 10 years old and picking up the guitar at 14. With multiple releases under her belt, including her latest single "Sleepwalking", she is quickly carving out her place in the music industry. Day recently became a mentee of Kacey Musgraves after submitting her music to a contest held by BumbleBizz. On a mission to put more women on stage at major music festivals, the networking app teamed up with Musgraves in search of up-and-coming female talent. Day was personally selected by the Grammy winner for the mentorship and will have the opportunity to perform at one of the top music festivals in 2020.Day has recurred on shows such as NBC's Parenthood and Law & Order: SVU, the Freeform drama Pretty Little Liars and MTV's Sweet/Vicious. Skyler's guest starring credits include Hawaii Five-O, iZombie, and Grey's Anatomy among others. She can now be seen recurring on the Fox drama series, The Resident.

Who Is Simon Miller?