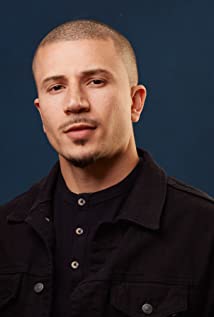 Solvan "Slick" Naim is an Award winning Algerian-American writer, director and rapper from Bushwick, Brooklyn. He is known for creating, writing, producing, and starring in the Emmy nominated Netflix comedy series It's Bruno!, which debuted in 2019.His debut feature, Full Circle (in which he wrote, directed, starred, edited and produced) won 5 festival awards including the Audience Award at the 2013 HBO Urbanworld Festival and was acquired by EOne.At 22, he became the youngest feature film producer, with the lowest budget, registered with the New York Mayor's Office of Film, Theatre & Broadcasting at the time.He is developing a hip-hop musical feature for Netflix with Will Smith and Queen Latifah in which he is attached to direct as well.As a rapper, Slick would write treatments to his songs. He began directing his own music videos which eventually evolved into film. He is known for a rapid fire flow and melodic hooks. Naim released his album Proof of Concept on May 17, 2019, the same day as It's Bruno!, where songs from the album were featured in the series.His short film, Stanhope, was one of five shorts selected by HBO for their 2015 HBO Short Film Competition and took home the grand prize for Best Film. The film won several other festivals including NBC Universal's Short Fest, receiving the Best Director and Audience Awards.Slick was selected by Sony Pictures, FOX, and NBC as a finalist in their Diverse Directors TV Program in 2015/2016 and has since directed on the Netflix series, The Get Downwith Baz Luhrmann, Power on Starz, Snowfall for FX, Blacklist on NBC, Tell Me A Story on CBS All Access, Animal Kingdom on TNT, as well as many others.In addition to his work in film, Slick has directed & produced commercials for Nike and G-Shock as well as music videos for a bevy of other artists.