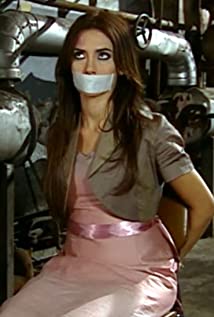 Songul Oden was born in Diyarbakir, Turkey. She grew up in a single-parent family along with four sisters and a brother. She was raised by a self-educated mother who set a strong example for her daughters. Oden became interested in acting in her senior year of high school and began her training at Ankara Art Theatre (AST). She went on to study music part-time at Hacettepe University's Voice Department. Later on, she received her degree from Ankara University's Faculty of Language, History and Geography, Department of Theater, where she was top of her graduating class. Oden began her professional career on stage, working in many productions by Ankara Trial Stage, the State Theatres of Trabzon and Diyarbakir as well as a number of private companies. Her early performances in "Kadinciklar" ve "Kucuk Adam Ne Oldu Sana?" earned her nominations and awards for Best Actress. Oden became a household name in 2005 when she took on the title role in the TV series "Gumus". She portrayed a young woman from a traditional family who struggles to thrive in a textile factory, relying on her skills and determination. The show was initially a massive hit with audiences in Turkey and then expanded its momentum to international audiences in the Balkans, the Middle East, Turkic countries, Russia and South America. The show's final episode reached 80 million viewers. With "Gumus", Oden became a cultural icon, a highly-recognized figure representing Turkey abroad. She was nicknamed "the Rose of Turkey" in the Middle East. She was chosen to act as a Friendship Ambassador between Bulgaria and Turkey. Following the success of "Gumus", Oden went on to star in several more Turkish television series. In "Umutsuz Ev Kadinlari", an adaptation of the immensely popular American TV series "Desperate Housewives", she portrayed the counterpart for Terry Hatcher's character, Susan Mayer. This Turkish adaptation was a success in its own right, with international audiences, breaking sales records in the countries where it was broadcast. Oden appeared in the lead role of another adaptation, "Bir Aile Hikayesi", based on the series "This Is Us". She is currently playing "Zeynep", a woman whose child is suspected and accused of a heinous crime in the TV series "Oglum". Over the years, Oden has also shined on the silver screen with critically and commercially successful films like "Eksi Elmalar" (Yilmaz Erdogan), "Beni Cok Sev" (Mehmet Ada Oztekin), "Aci Ask (Taner Elhan)", "72. Kogus" (Murat Saracoglu), "Ruzgarda Salinan Nilufer" (Seren Yuce). She has also given life to several memorable characters on digital productions like Phi (Mert Baykal), "Seref Bey" (Onur Unlu) and "Uysallar" (Onur Saylak). Oden has signed on to play "Zubeyde Hanim", in the much-anticipated Disney Plus film about the life of Mustafa Kemal Ataturk, the founder of the Turkish Republic, which is set to begin production in summer 2022.In addition to her prolific acting career in theatre, television and cinema expanding over two decades, Songul Oden also writes short stories and screenplays. She began writing for stage at the age of 21, when she took part in a collective project to adapt Attila Ilhan's poetry into a play; "Ne Kadinlar Sevdim". She also portrayed "The Woman" in this production. Her most recent writing work, a collection of short stories, is set to be published sometime in 2023. In 2011, Songul Oden became a Goodwill Ambassador for the United Nations Population Fund. Since then, as the face of UNFPA in Turkey, she has used her platform to advocate for all vulnerable groups; girls, women and refugees in particular. She participates regularly in discussion panels and social awareness campaigns to support UNFPA's efforts. She makes field visits to UNFPA projects across Turkey. In fact, it is her experiences in this position that have inspired her to co-create the critically acclaimed one-woman show "Lal Hayal". Echoing the real-life accounts of the girls, women and field workers Oden had encountered over the years, "Lal Hayal" tells the interlaced, tragicomedic stories of 7 fictional female characters. She currently performs "Lal Hayal" on various national and international stages, expanding the scope and reach of the dialogue on women's issues through her art. Songul Oden has received numerous accolades for her outstanding performances in theatre, television and cinema over the course of her illustrious career. She portrays women from all walks of life in comedies and dramas, giving a multidimensional and layered interpretation of each character. She credits her mother and early upbringing for her ability to relate to such characters and make authentic connections with them.Songul Oden is married to businessman Arman Bicakci who is a director in Sevan Bicakci Jewelry, an Istanbul-based high jewelry design company. They have three cats, all named after legendary characters from the Golden Age of Turkish cinema.