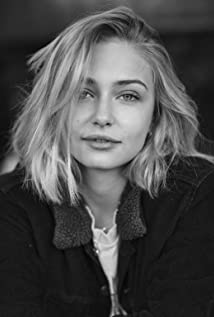 Sophie Simnett is an English actress, known for her role as Samaira Dean on the Netflix drama series Daybreak.Simnett was born in London and her first performance was in Jim Cartwright's 'Mobile Phone Show' at the Lyric, Hammersmith - it was at this theatre she also later directed the production 'Rollercoaster.'Simnett made her professional TV acting debut in BBC's Dickensian. She then appeared in the 2016 film Mum's List (now titled 'Acres & Acres'), as the younger version of Kate. On her eighteenth birthday, she was cast in the role of Skye Hart on the Disney Channel musical drama series The Lodge after thirteen auditions. She starred in The Lodge from 2015 to 2017, and was featured on two accompanying soundtracks for the series. Simnett also acted as a story consultant for the series.In 2018, she starred in the Christmas comedy film Surviving Christmas with the Relatives as Bee. In 2019, Simnett began starring in the Netflix drama series Daybreak, as Samaira Dean. She is also set to portray the role of Red (Nancy) alongside Michael Caine and Lena Headey in the upcoming drama film Twist.