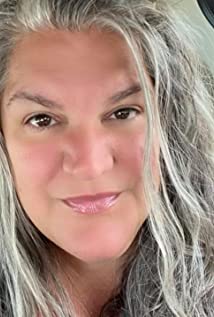 Stacey K. Black started her decades-long multi-hyphenate career as a production assistant on the WB series "The Adventures of Superboy." While hustling in the office and on set, sweeping up ground-out cigarette butts from the stage floor, locking up locations, and delivering breakfasts to the cast and crew, she kept her eyes and ears open and decided in order to climb the ladder to writing, producing and directing, she needed to get into the Hair and Makeup Department!An unconventional path, but it finally worked. Many (many) years, a couple Hairstyling Emmy nominations, and two short films later - which she wrote and directed, Stacey was hired to direct her first episode of prime time television, TNT's The Closer. Constantly asked how she earned this opportunity, she credits hard work, her unbelievable mentors who saw something in her and gave her a shot, and the most important thing, asking for what she wanted.Stacey's other directing credits include Station 19 (where she currently serves as Co-Executive Producer / Director), Evil, Walker, Stumptown, All Rise, NCIS: New Orleans, Major Crimes, and A Million Little Things, among others.Her feature documentary film / web series, Send My Mail to Nashville can be seen on YouTube, as well as her 7 episode web series Trouble Creek.As a Composer / Singer / Songwriter, Stacey has had songs placed on Stumptown, Pretty Little Liars, The Closer, CSI: NY, and numerous short films. Her solo albums, Oxygen, and Guarding the Castle, and the album A Borrowed Road, which she recorded with her So-Cal Indie Rock Band, Nobody's Station, are all available on iTunes / Apple Music, CDBaby, and through other online merchants.Stacey enjoys sushi, Supernatural VR Fitness, ramen, and aqua zumba. In that order.