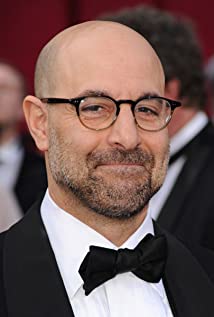 Actor Stanley Tucci was born on November 11, 1960, in Peekskill, New York. He is the son of Joan (Tropiano), a writer, and Stanley Tucci, an art teacher. His family is Italian-American, with origins in Calabria.Tucci took an interest in acting while in high school, and went on to attend the State University of New York's Conservatory of Theater Arts in Purchase. He began his professional career on the stage, making his Broadway debut in 1982, and then made his film debut in Prizzi's Honor (1985).In 2009, Tucci received his first Academy Award nomination for his turn as a child murderer in The Lovely Bones (2009). He also received a BAFTA nomination and a Golden Globe nomination for the same role. Other than The Lovely Bones, Tucci has recently had noteworthy supporting turns in a broad range of movies including Lucky Number Slevin (2006), The Devil Wears Prada (2006) and Captain America: The First Avenger (2011). Tucci reached his widest audience yet when he played Caesar Flickerman in box office sensation The Hunger Games (2012).While maintaining an active career in movies, Tucci received major accolades for some work in television. He won an Emmy and a Golden Globe for his role in TV movie Winchell (1998), an Emmy for a guest turn on Monk (2002), and a Golden Globe for his role in HBO movie Conspiracy (2001).Tucci has also had an extensive career behind the camera. His directorial efforts include Big Night (1996), The Impostors (1998), Joe Gould's Secret (2000) and Blind Date (2007), and he did credited work on all of those screenplays with the exception of Joe Gould's Secret (2000).Tucci has three children with Kate Tucci, who passed away in 2009. Tucci married Felicity Blunt in August 2012.

I Wanna Dance with Somebody