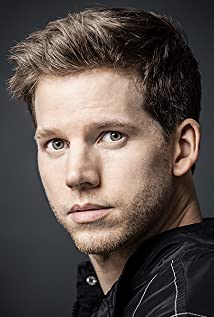 Stark Sands grew up in Dallas, Texas, where he began acting on the stage at age 13 at Highland Park High School. He received his Bachelor of Fine Arts degree in acting from the University of Southern California. During his four years in the intense conservatory program, he appeared in more than a dozen plays and musicals, including "Romeo and Juliet," "Macbeth," "Hamlet," "Pippin," and "Guys and Dolls." Sands' professional career began immediately after graduation. He has been seen as a recurring love interest of the angst-ridden teen Claire Fischer (Lauren Ambrose) on HBO's critically acclaimed series Six Feet Under (2001) and o-starred in Me and Daphne (2002), a short film directed by Rebecca Gayheart and produced by Brett Ratner. He also co-starred in the independent film Pack of Dogs (2002), which was directed by Ian Kessner. Sands made his feature film debut opposite Natasha Lyonne and Jason Priestley in Die, Mommie, Die! (2003), an adaptation of Charles Busch's play.

Flags of Our Fathers