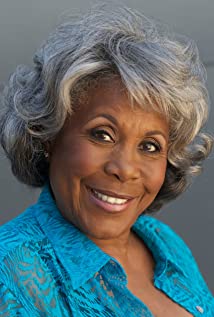 A gifted veteran character actress, Starletta DuPois has breathed life into a bevy of unforgettable roles both onstage and onscreen. Starletta is recognized from her roles in many cult classics including Friday After Next with Ice Cube and Mike Epps, Big Momma's House with Martin Lawrence, and Oliver Stone's South Central. She was recently seen in the faith based film Mosaic, the inspirational drama Boarding House, and the screen adaptation of the popular book True To The Game. She will next be seen in the film, Magic Max playing Mrs. Chambers.Throughout her illustrious career she has shared the screen with many gifted luminaries such as James Earl Jones, Cicely Tyson, Jack Nicholson, Lou Gossett Jr. Robert Duvall, Steve Harvey, Gena Rowlands, Marla Gibbs, Denzel Washington and the late James Garner. However millions around the world still remember her playing the late Whitney Houston's mother in Waiting To Exhale. On television her resume is equally as impressive. Small screen highlights include: Lost, Cold Case, Any Day Now, Strapped, The Carmichael Show, The Rich & The Ruthless, and the Lifetime movie Michael Jackson: Searching for Neverland where she played Jackson family matriarch Katherine Jackson.Her theater roots run deep and have garnered her numerous recognitions starting with her Tony Nomination for The Mighty Gents and a NAACP Theater Award nomination for Miss Evers Boys at the Mark Taper Forum. She has also done a ton of regional theater including Intimate Apparel, King Hedley II, and Before It Hits Home at St Louis Black Rep where she received The Woodie Award, named for her theatrical mentor and dear friend Woodie King Jr. She also has the distinction of originating the role of Bernice in August Wilson's The Piano Lesson directed by Lloyd Richards.Another unique and remarkable feat is that fact that she has played all three female characters in Lorraine Hansberry's A Raisin In The Sun. Not only did she receive an NAACP Image Award for her portrayal of Ruth Younger in the landmark PBS American Playhouse production opposite Danny Glover, she was awarded Best Actress award for playing Lena Younger at the Royal Exchange in London, England. Her work has also been lauded by the Los Angeles Women's Theater Festival which gave her their Eternity Award, and is the recipient of not one but two Living Legend Awards: one from The Giving Back Corporation and the second from the National Black Theater Festival in Winston-Salem, North Carolina.A Philadelphia native, Starletta holds a B.S. in Biology from the University of Maryland Eastern Shore and an MFA from UCLA in Theater Arts where she graduated magna cum laude. A lifelong philanthropist she has a passion for mentoring aspiring artists, Starletta has proudly served as an adjunct professor at USC. This unstoppable talent has successfully toured the solo play Order My Steps and is hard at work on her autobiographical solo play which will be premiering onstage in the very near future.Starletta lives in Los Angeles, California and is the proud mother of an incredible young musician named Deandre.

True to the Game 3

True to the Game 2

Charming the Hearts of Men

The Rich & the Ruthless

The Least Among You