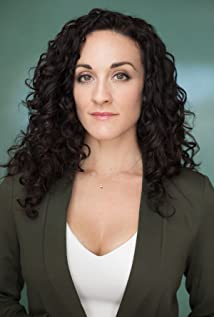 Stefania Indelicato is a Vancouver-based Canadian actress who is trained in both stage and screen. Born to Italian parents in the "Salmon Capital of the World", Port Alberni, BC, she is the youngest of three and has always been considered, "la matt" or "the crazy one" in the family - if it's even relevant to receive such a description being raised in an epicly traditional Southern Italian home.Performing in every possible play she could throughout her childhood and teen years, it was no surprise that Indelicato would choose to pursue an acting career the moment it was possible. Upon high school graduation, she began her training at Victoria Motion Picture School in the Acting for the Screen Program. Short stints in workshops in both Victoria and Vancouver led her to want to attain her Bachelors Degree at the University of Toronto where she majored in Theatre and Arts & Culture.After six years in Toronto, Indelicato decided to come back to her home province to give "Hollywood North" a second go.On stage, Indelicato has played characters ranging from Gertrude in Shakespeare's Hamlet, to Sis in Tommy Smith's White Hot to Captain Elaine Edwards in the Award-winning Ithaka by Andrea Stolowitz, to Michael Corleone in the all-female production of Corleone: The Shakespearean Godfather by Classic Chic Productions.On screen, look for Indelicato on: Beyond (Freeform), Zoo (CBS), A Series of Unfortunate Events (Netflix), and Lucifer (Fox), and in Tim Disney's William.Indelicato is the founder and artistic director of her own production company, dream of passion productions under which she has co-produced two plays: After by Martha Herrera-Lasso, and the aforementioned, Ithaka by Andrea Stolowitz.