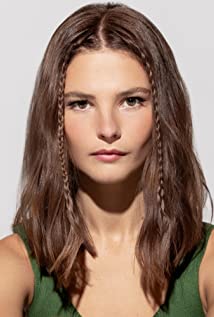 Nurturing an impressive body of work that encompasses film and television Stefanie Scott is one of Hollywood's most promising young talents. Best known with the release of Focus Features' and Blumhouse Productions' Insidious: Chapter 3, Stefanie completed all of her own stunts in the film, which grossed over $110 million worldwide. In 2017, she completed five films, "First Light", by writer director Jason Stone (This is the End) as well as "Spare Room", "Beautiful Boy" alongside Steve Carrell and upcoming film, "Small Town Crime" opposite Octavia Spencer. Her newest projects include "Mary" opposite Gary Oldman (Dark Knight), and Emily Mortimer (Mary Poppins Returns) and "Good Girls get High".Previously she starred opposite Anna Camp and Sam Page in the independent thriller Caught, had a supporting role in the independent drama Life at These Speeds, alongside Sam Rockwell, Melanie Lynskey, and Billy Crudup, and starred in Universal's Jem & and the Holograms, and lent her voice to the Oscar nominated animated feature "Wreck-it Ralph".Following her starring role as "Lexi Reed" on Disney Channel's "A.N.T. Farm," Scott segued into guest-arc on NBC's long running series "Law & Order: SVU" and a regular part in the CBS/Nikki Toscano pilot "Red Zone." Her other television credits include a lead role in the original movie "Frenemies", "The New Adventures of Old Christine," and "Chuck." starred in Rob Reiner's "Flipped and co-starred as young "Emma," to Natalie Portman's "Emma" in Paramount Pictures' No Strings Attached.Stefanie is a talented singer and musician, writes her own music along with playing her ukulele and guitar. She was born in Chicago, Illinois but moved to Florida at a young age where she began local theatre productions in Orlando fine tuning her acting and musical talent as a child where she was home-schooled until moving to Los Angeles in 2008.Stefanie's parents are Paul Scott, an endodontist, and Diane Scott, inventor of Aroma Dough (gluten free play-dough). She has two older brothers, Troy Sidabras, who is a golf professional, and Trent Sidabras, an attorney.

Girl in the Basement

Girl in the Woods