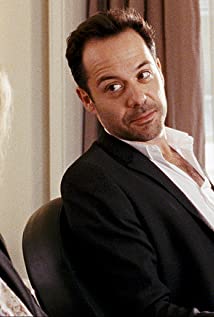 After having made his mark with a theatrical company, Debac then 21, made his debut appearance in television with a series of sketches aired on Canal +. The following years he distinguished himself as a talented actor in both cinema and television. Stephane's entertaining performances lead to Claude Chabrol, two times in Comedy Of Power and A Girl Cut in Two.In 2004 Stephane Debac's garnished the attention of the business industry from his outstanding performance in his portrayal of Judge Lambert in L'Affaire Villemin directed by Raoul Peck, which is the adaptation of the still unsolved scandal about a little boy murdered in the 80s.He co-starred with Academy Award nominee Bérénice Bejo (The Artist) in the romantic comedie, Modern Love, directed by Stéphane Kazandjian. Stephane Debac won the audience with his charm and the tight collaboration and chemistry with Bejo was felt.For two complete seasons in 2009 Stephane also worked with Jean Dujardin as writer, director and actor in the miniseries Palizzi broadcasted on 13e Rue channel.In 2010, he was casted as one of the lead characters in the war-thriller movie Stranded, directed by Sandra & Hugues Martin filmed in the dramatic Moroccan desert.Stephane continued stretch his talents with his depiction of a psycho killer in the movie The Prey, directed by Éric Valette. The film was released in 2013 in the US where in which Stephane received impressive reviews, including that of the New York times on his chilling performance.Stephane Debac time after time shows no boundaries or limitations on his ability to adapt, mimic and create compelling characters that have audience and press enthralled and believing.

To Each, Her Own

Girl on a Bicycle