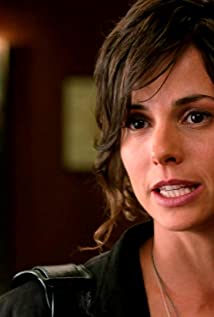 French-American actress, Stephanie Szostak (show-stack) never thought of becoming an actress. She left France after high school to study business and play varsity golf at the College of William and Mary in Williamsburg, Virginia. Upon graduating college, Szostak landed a job in marketing at Chanel in New York and was eventually asked to model for one of their in-house brochures. It was at that moment that she decided to take a leap of faith and start a modeling career at 26-years-old. Three years later, Szostak took her first acting class in New York City and knew that she had finally found her passion. Soon after, she landed a role opposite Meryl Streep in the iconic film, "The Devil Wears Prada."Upcoming, Szostak will star as one of the leads in the ABC drama "A Million Little Things." The series, created by DJ Nash and executive produced by Aaron Kaplan ("Divorce," "Life in Pieces") and Dana Honor, will follow a group of friends whose lives are intertwined and eventually turned upside down when one of them suddenly dies. "A Million Little Things" will air Wednesdays at 10/9c this fall, though a specific date has not yet been announced.Most recently, Szostak appeared in guest roles on the TV Land series "Younger," Bravo's "Girlfriend's Guide to Divorce," and CBS' "Bull." She also starred opposite Matt Passmore in USA Network's "Satisfaction," a provocative drama from Sean Jablonski ("Nip/Tuck," "Suits") that explored a modern marriage at its core. Additionally, Szostak appeared in the Ricky Blitt-directed independent comedy "Hit by Lightning" alongside Jon Cryer and Will Sasso, and co-stared opposite Ryan Reynolds and Jeff Bridges in Universal Pictures' "R.I.P.D." In 2013, Szostak took on her first action role as the villain 'Brandt' opposite Robert Downey, Jr. in Marvel's "Iron Man 3." The film, also starring Gwyneth Paltrow, Don Cheadle and Guy Pearce, brought in $174 million domestically in its opening weekend and has since passed the $1 billion mark globally. Also in 2013, Szostak appeared in Ross Krauss' "Gimme Shelter" with Vanessa Hudgens, Brendan Fraser and Rosario Dawson.In 2011, Szostak played Matt Damon's late-wife in the Fox comedy-drama from Cameron Crowe titled "We Bought a Zoo," and in 2010 she starred as the female lead opposite Paul Rudd, Steve Carrell and Zach Galifianakis in Paramount Pictures' "Dinner for Schmucks," the American adaptation of the 1998 French comedy "Le Dîner de Cons," directed by Jay Roach ("Meet the Parents" and "Austin Powers" franchises).In 2006, Szostak rivaled Meryl Streep's 'Miranda Priestly' as French Vogue Editor, 'Jacqueline Follet' in David Frankel's beloved take on Lauren Weisberger's novel of the same name, "The Devil Wears Prada." The film received critical acclaim and garnered an AFI Award for 'Movie of the Year,' a Golden Globe nomination in the category of 'Best Motion Picture - Comedy or Musical' and was named one of the Top Ten Films of the year by the National Board of Review, among others.Additional projects include the French film, "Une aventure New Yorkaise" ("A New York Thing") alongside actor Jonathan Zaccai, "The Rebound" directed by Bart Freundlich and starring Catherine Zeta Jones, Italian comedy "Four Single Fathers, Motherhood" starring Uma Thurman, "The Good Heart" with Brian Cox, and Jeff Winner's independent film "Satellite," for which Szostak received a Best Actress award at the BendFilm Festival. Other television credits include the acclaimed HBO series "The Sopranos" and the hit NBC series "Law & Order: Criminal Intent."Szostak has a Bachelor of Science in Marketing from the College of William and Mary and is an avid golfer. She lives outside of New York City with her husband and two sons.

Matters of the Heart

We Bought a Zoo