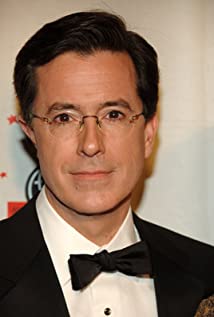 Stephen Tyrone Colbert (pronounced "col-BEAR") was born on May 13, 1964 in Washington, D.C., and grew up in Charleston, South Carolina. He is the son of Lorna Elizabeth (Tuck) and James William Colbert, Jr., a doctor and medical school dean at Yale, Saint Louis University, and MUSC. He is the youngest of eleven children, and is of Irish Catholic background.Stephen studied acting at Northwestern and performed with the Second City comedy troupe in Chicago before teaming up with fellow cast members Amy Sedaris and Paul Dinello to create the sketch comedy Exit 57 (1995) for Comedy Central. During its two-season run in the mid-1990s, it garnered five CableACE nominations for best writing, performing, and comedy series. After the demise of Exit 57 (1995) from 1997 (until his departure in October 2005), Stephen was a correspondent on The Daily Show (1996), then hosted by Craig Kilborn. Initially billed as "The New Guy," Stephen became the show's longest-running correspondent before getting his own show, The Colbert Report (2005), which has done well in its slot following The Daily Show (1996).At the time he left The Daily Show (1996), Stephen had been its longest-running and most diverse correspondent. In addition to his role as Senior Political Correspondent, he was one of the hosts of "Even Stepheven," a point-counterpoint assault featuring co-correspondent Steve Carell, and the host of "This Week in God," a recurring segment in which he reported on all things theological with the assistance of the "God Machine."Stephen helped The Daily Show (1996) win numerous Emmy and Peabody Awards and contributed to "America (The Book): A Citizen's Guide to Democracy Inaction" (Warner Books) which immediately topped the New York Times bestseller list and stayed there for 15 consecutive weeks.His personality, intelligence, and leftist political satire could only have led him to The Colbert Report (2005), a half-hour nightly platform for him to give his tongue-in-cheek take on the issues of the day, and more importantly, to tell you why he thinks everyone else's take is just plain wrong.His other notable credits include serving as both writer and cast member on The Dana Carvey Show (1996), writing for Saturday Night Live (1975), and providing the voice of Ace in Robert Smigel's "Ambiguously Gay Duo," which originated on The Dana Carvey Show (1996) and was a semi-regular feature in Smigel's "TV Funhouse" segment on SNL. He was also featured on "Mr. Goodwrench" commercials (2003-2005).Stephen lives in northern New Jersey with his wife and three children.

There's Something in the Water