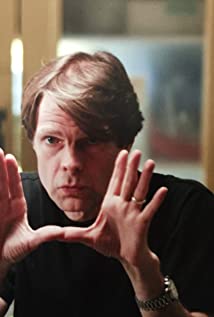 Over the past twenty-five years Stephen Cragg has directed and/or produced more than two hundred fifty hours of prime-time television. He has won the Emmy Award, the People's Choice Award, and been nominated for the Golden Globe.His directing credits include The Adversaries (pilot), Scandal, How To Get Away With Murder, ER, Nashville, Boston Legal, Detroit 1-8-7, Grey's Anatomy, Southland, Harry's Law, Northern Exposure, Doogie Howser, MD and many others.His producing credits include the prestigious Emmy-winning mini-series "A Year In The Life" starring Richard Kiley, the two-hour special "Alfred Hitchcock Presents" starring John Huston and the first American television series to be shot in the UK, "Emma Brody" (AKA "The American Embassy").An alumnus of the University of California at Berkeley, Cragg graduated with honors and was named to Phi Beta Kappa. He had already begun his television career out of high school, landing a summer job as a cameraman at station KOTA in Rapid City, South Dakota. After college Cragg returned to television, producing evening news, then morning shows in San Francisco and Chicago. Upon arriving in Los Angeles, Cragg spent several more years paying dues as assistant director and associate producer before moving into directing and producing with such esteemed talents as David Chase, David Kelley, Garry Marshall and David Gerber.