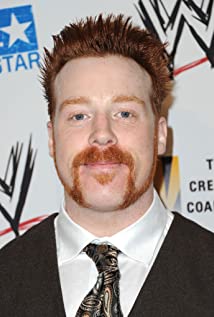 Sheamus O'Shaunessy began his wrestling career in The Monster Factory in April 2002 where he trained under the supervision of former WWF professional wrestler Larry Sharpe along with former ECW referee Jim Molineaux. SOS made his wrestling debut 6 weeks later against WWA and TNA star Robert Pigenion.After a bright start a neck injury in 2002 ruled Sheamus out of action for two long years...But in May 2004 he re-initiated his wrestling career at the newly opened Irish Whip Wrestling school in Dublin and debuted for IWW in their Mount Temple show on July the 9th against the 400lbs+ "Burning Spirit", and won! After this he went on to compete against the best of foreign talent including Vid Vain, Matthew Kaye, Xavier and Mikey Batts.SOS received his first major title shot against the FWA British Heavyweight Champion Alex Shane on December 2nd 2004 and was moments away from winning, only for his long time ally Red Vinny interfered and cost him the title.In March 2005, he defeated his former friend Red Vinny, Vid Vain and The "Pukka One" Greg Burridge to become the first ever IWW International champion...This led to a feud with Darren Burridge, which involved "The Pukka One" interfering in Sheamus' championship match against A.C. Connor by hitting Sheamus in the head with a baton, thus giving D'lo the victory and IWW International championship.SOS and Burridge squared off in a grudge match which resulted in SOS getting his revenge and the victory. Sheamus then set his sights on winning his title back and defeated both Red Vinny and Vic Viper to win the no.1 contendership match against D'Lo Brown and The Assassin at a MEW show in Newcastle in October 2005.SOS persevered and pinned D'Lo to become a two time IWW champion and brought the title back to Ireland. In his latest match at the IWW Supershow in the SFX in November 2005, SOS defeated the legendary Vampiro in a no-disqualification match, to cement his position as Ireland's top professional wrestler.2006 saw numerous successful defenses of Sheamus's IWW crown and the beginning of his ShowBiz career with a very memorable TV appearance on the St. Patrick's Day Podge & Rodge Show and even a Big Screen debut in dark Irish movie 3Crosses beside stars such as Gail Porter, Samantha Mumba, Caprice, Keith Duffy and many more... In 2007 he also starred in the role of 'Two Ton' in _The Escapist_ opposite Joseph Fiennes.The Irish print media have also really got behind this Celtic warrior with full page features in The Sun, The Star, The Daily & Sunday Mirror and The Metro.Sheamus O'Shaunessy is now a regular face on the Roster of the top Wrestling promotions in the UK, such as All Star Wrestling, and looks set to take Irish Grappling all the way around the world and all the way to the top.With hardly a week passing by without another twist in the burgeoning career of SOS all he asks is that fans get behind him and "Come With Me!"