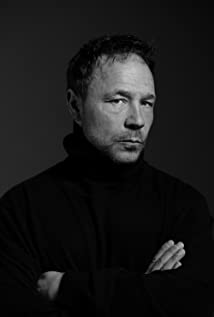 Stephen Graham was born August 3, 1973, in the small town of Kirkby, Lancashire, to a pediatric nurse mother and a social worker father. His paternal grandfather was Jamaican, and one of his grandmothers was Swedish. After years of small parts, he finally got his big break in an unexpected way, playing the dim-witted Tommy in Guy Ritchie's film, Snatch (2000). Apparently, Graham didn't audition for the role as Tommy--one day, he accompanied a friend to the audition for Ritchie and was asked if he was next. When Graham replied "no", Ritchie told the then-unknown actor, "I like your face", and was asked if he could start work Monday.So much is to be said of this actor, who started his career with bit parts on ITV (he played Lee Sankey on Coronation Street (2006) in 1999 and was also cast in smaller films like Pit Fighter (2005). Graham also appeared in the critically acclaimed Gangs of New York (2002), directed by Martin Scorsese, and on television, playing Sgt. Myron 'Mike' Ranney in the HBO mini-series Band of Brothers (2001). His acting course also includes brilliant performances in excellent works such as in Tinker Tailor Soldier Spy (2011), Parade's End (2012) and Taboo (2017).