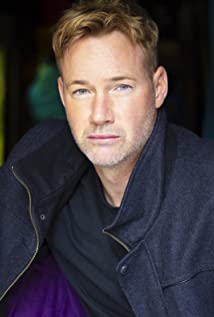 Steve Byers was born in Ontario Canada. He began acting while attending Unionville School for the Arts. He got his feet wet with parts in film and television in shows like La Femme Nikita and the feature Slapshot 2. He first became a star name in his home country, when he landed the lead role in the series, Falcon Beach, playing the character Jason Tanner for ABC. After three seasons, he then moved on to star in the short-lived drama, Wild Roses, and then a turn as the infamous nemesis to Superman, Desaad in the CW classic Smallville. Steve also worked on blockbuster features such as Immortals for Relativity and Total Recall starring Colin Farrell for Columbia Pictures. Byers was later handed a CSA Award nomination for his lead role in the Netflix hit Slasher where he played double duty as the tortured Cam Henry and The Executioner. Byers is known internationally for his portrayal of Lawrence Klemm in Man In The High Castle for Amazon Studios and as Andrew Underhill on the Freeform hit Shadowhunters. Steve has worked on many "tentpole" productions while also keeping involved with independent films such as Peter: The Redemption where he starred alongside John Rhys-Davies. In 2015, he starred opposite Danny Glover and Dominic Purcell in the action film, Gridlocked and in 2017, he reunited with Nina Dobrev in Columbia Pictures Flatliners. In 2019 Steve was cast in a "bucket list" role and convincingly portrayed the legendary hockey icon Gordie Howe in the film Goalie.In 2019, he starred in the dramatic film Amish Abduction where he tackles the role of Jacob, a tortured soul seeking a life outside the confines of the Amish world. He has also become recognized for his performance capture work in the ever expanding video game world. His character Nick Rye in the Far Cry franchise being one of his most lauded and recognizable to date.