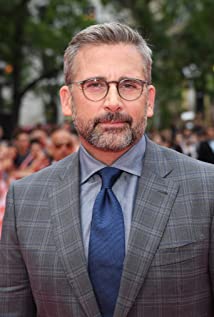 Steve Carell, one of America's most versatile comics, was born Steven John Carell on August 16, 1962, in Concord, Massachusetts. He is the son of Harriet Theresa (Koch), a psychiatric nurse, and Edwin A. Carell, an electrical engineer. His mother was of Polish descent and his father of Italian and German ancestry (Steve's grandfather had changed the surname from "Caroselli" to "Carell"). Steve was educated at The Fenn School, an all-boys private school in Concord, Massachusetts, then at Middlesex School in Concord. After graduating from Denison University in Granville, Ohio, he moved to Chicago where he taught an improvisational comedy class and performed with The Second City troupe, alongside Stephen Colbert.Carell made his film debut as "Tesio" in Curly Sue (1991). In 1996, he became a cast member of The Dana Carvey Show (1996), and provided the voice for Gary, opposite Colbert in "The Ambiguously Gay Duo". This animated short series produced by Robert Smigel continued on Saturday Night Live (1975), but Carell has joked that he auditioned for SNL and lost the job to Will Ferrell. Carell made a number of guest appearances on such shows as Come to Papa (2004), Just Shoot Me! (1997), and Watching Ellie (2002), before landing a regular stint as a correspondent on The Daily Show (1996) from 1999 until 2005.Carell played Evan Baxter opposite Jim Carrey in Bruce Almighty (2003), and Uncle Arthur opposite Nicole Kidman and Will Ferrell in Bewitched (2005). He broke out as a leading man after starring in the summer box-office hit The 40-Year-Old Virgin (2005), which he also co-wrote; the film was chosen as one of the Top Ten movies of 2006 by the American Film Institute. He next starred in the critically acclaimed Little Miss Sunshine (2006), an indie dark comedy which became a surprise hit and earned four Oscar nominations, and won two (Best Supporting Actor for Alan Arkin and Best Screenplay for Michael Arndt). In 2007, Carell reprised his role as Evan Baxter, filling Jim Carrey's leading-man shoes as a politician asked by God to build a giant ark in Evan Almighty (2007), the second installment of the "Almighty" franchise, co-starring Lauren Graham and Morgan Freeman. In 2008, he re-united with Jim Carrey in the highly successful animation hit Horton Hears a Who! (2008), then appeared as Agent Maxwell Smart in the popular comedy Get Smart (2008).Throughout this time, Carell maintained a successful career in television, starring as Michael Scott in the American remake of the Britain's existential comedy, The Office (2005). He received the Golden Globe Award for Best Actor in Television Comedy for this leading role in 2006, and earned both Emmy and Golden Globe nominations each consecutive show until he departed in 2011.In 2010, Carell announced he was leaving "The Office" to concentrate on his film career, and has made steady appearance in such films as Date Night (2010), Despicable Me (2010), Crazy, Stupid, Love. (2011), and Seeking a Friend for the End of the World (2012). Carell's most recent roles are the comedies Despicable Me 2 (2013), Anchorman 2: The Legend Continues (2013), and Alexander and the Terrible, Horrible, No Good, Very Bad Day (2014), and the drama Foxcatcher (2014), and the more serious Beautiful Boy (2018) and Vice (2018).Steve Carell has been enjoying a happy family life with his wife, actress Nancy Carell, whom he met when she was a student in an improv class he was teaching at The Second City comedy troupe in Chicago. The couple have two children, daughter Elizabeth (born in May 2001), and son John (born in June 2004). Steve Carell lives with his family in Los Angeles, California.