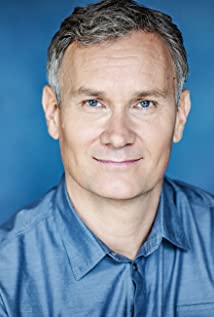 Born and raised in Ottawa, Ontario, Canada, Steve found a love for stage acting at Ridgemont High School in a production of Guys And Dolls. He earned his B.A. (Honours) degree at Queen's University in Kingston, Ontario, Canada majoring in Theatre and English Literature and upon graduating in 1984, won The Rod Robertson Prize for scholastic achievement and The Lorne Greene Award for his promise as a performer. He moved to Toronto soon after to begin a stage career where, in 1996, he won The Dora Mavor Award for his performance as Prior Walter in the Canadian Stage production of Angels In America. He has worked in theatres across Canada including The Belfry Theatre in Victoria, The Manitoba Theatre Centre in Winnipeg, The National Arts Centre in Ottawa, The Centaur Theatre in Montreal, The Shaw Festival in Niagara on the Lake and The Stratford Shakespeare Festival in Stratford, Ontario. For film and television Steve has had recurring roles in the series Nero Wolfe (two seasons), Paradise Falls (three seasons), Saving Hope (three seasons) and Versailles (three seasons), as well as appearances on numerous other series, movies for TV, as well as feature films including Owning Mahoney, K-19 The Widowmaker, Killshot, and Robocop. Steve appeared in the video game FarCry 3, and played Sir John A MacDonald in a Historica Canada Heritage Minute. Steve happily calls Toronto home.