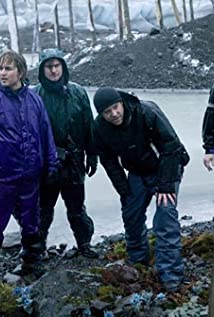 Steven Adelson is a Syracuse University graduate, where he got introduced to film in the Visual and Performing Arts school. Steven has been a successful A-Camera operator/Steadicam operator for feature films and television for the past 10 years. He is an LA native who has had the distinct pleasure of working with some of Hollywood's finest and being mentored by the likes of Christopher Nolan, Danny Cannon and Gary Fleder.While working with Nolan on "Batman Begins," Nolan shared his sensibilities with regards to camera and space and how they are integral to the characters and storytelling process. He encouraged collaboration, by allowing Steven to be creative and explore different possibilities on how to shoot a scene. Having worked with Fleder and Cannon on numerous pilots and feature films, Steven has been able to experience first hand the creation of a project from the ground up. They emphasized that choosing a location that allows the characters to explore what's written on the page, can subtly shift the scene, and make it a better scene. Steve's inclusion for private rehearsals with Gary and Danny have let him see from the inside their process with the actors, broken down into the smallest, most minute detail.Steven has studied the craft of acting with the likes of Ivana Chubbuck and Julie Ariloa. He enrolled in an ongoing acting class for a year in Los Angeles, so that he could better understand the acting process and learn their language. Steven continues to be an invited guest at Ivana's studio when his availability allows.Steven excels in character-driven action pieces. Utilizing his technical background to exhibit a distinct visual style, he works comfortably with actors to tease out deep, layered performances. Moreover, with his knowledge of story, he helps elevate the stakes and enhance the humor.Steven is a Gemini Award nominee, as well as seven-time Leo Award nominee and Leo Award winner in 2017 for 12 Monkeys. Steven most recently, directed the "Motherland: Fort Salem" Pilot and went on to be the Director and Executive Producer for Season One. Prior to that, he has served as the Director and Executive Producer on the Disney ABC /Freeform series "'Beyond" as well as the Executive Producer and Director on Helix for Sony. Most recently his director credits include, Riverdale, Katy Keene, The Exorcist, Siren and The Blacklist.