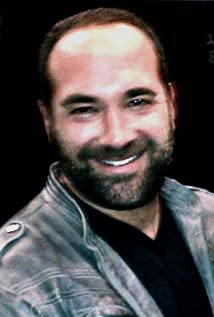 A former film critic and scholar with M.A. Degrees in Philosophy from Harvard University and the University of London and in Cinema Studies from New York University, producer Steven Schneider has quickly risen the ranks of Hollywood to become one of the go-to experts in genre films. After having authored and edited numerous books on world cinema and horror, Schneider moved to Los Angeles to pursue a career in producing. Following the record-breaking success of 2009's PARANORMAL ACTIVITY, a film he helped bring to the screen, Schneider quickly amassed a slate of impressive films and television series with A-list filmmakers at the helm, including James Wan's INSIDIOUS (2011), Barry Levinson's THE BAY (2011), William Brent Bell's THE DEVIL INSIDE (2011), Oren Peli's AREA 51 (2012), Rob Zombie's THE LORDS OF SALEM (2012), and the 2011 ABC/DreamWorks Television pilot, The River. He is actively developing projects for such studios as Warner Bros. Pictures and Paramount Pictures.

Paranormal Activity: Next of Kin