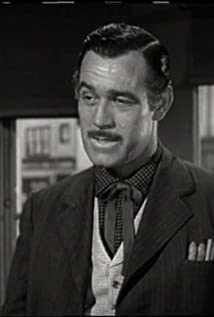 Stuart's entertainment career began as a child in school, then in the late 1920's he began entertaining professionally as Larry Sothern. He was the lead singer in the Will Bradley Orchestra, going on to have his own band, the Larry Sothern Orchestra. He also appeared in a number of plays that toured the US in the late 30's and early '40's.Changing his name to Stuart Randall, he went into acting in January of 1950, with his first movie being Bells of Coronado, starring Roy Rogers and Dale Evans.Some of Stuart's movies are Storm Warning, with Ronald Reagan, Wells Fargo Gunmaster, The Hoodlum, Carbine Williams, Pony Soldier, with Tyrone Powers, Pony Express, with Charlton Heston, Southwest Passage, starring Rod Cameron, The Far Country with Jimmie Stewart, Indestructible Man with Lon Chaney, Run of the Arrow, Verboten!, Frontier Uprising, with Jim Davis, Taggart, and True Grit, with John Wayne.He appeared in nearly all of the popular western television series of the 50's, 60's and 70's at least once, some of them numerous times, including: three times on the Lone Ranger; twice on Zane Grey Theater; twice on Colt .45; five times as a series regular on Cimarron City; three times on Sugarfoot; five times in Restless Gun; three times on The Texan; Wagon Train twice; seven appearances in The Life and Legend of Wyatt Earp; twice each on The Rifleman, Wanted: Dead or Alive and Lawman; three in Riverboat; twice on Death Valley Days; seven times on The Virginian and six times on Bonanza and of course his most memorable appearance in Laramie, thirty-four times as Sheriff Mort Cory as well as two other appearances earlier in the series, portraying other characters.Stuart also appeared in non-western series, including: Lassie eleven times; Tightrope twice; Navy Log twice; twice in Wire Service; Schlitz Playhouse five times; The Star and the Story twice; The Loretta Young Show three times; Public Defender three times; and twice on Waterfront.Stuart's acting career spanned twenty-one years, with his last screen appearance being on the television series Alias Smith and Jones - Dreadful Sorry Clementine, Season 2, Episode 10, in November, 1971.Stuart passed away at his home in Victorville, California on June 22, 1988.

Home from the Hill